Timing belt replacement, and upper and front reseal on a S4 2.7 L

When replacing the timing belt for the second time it is also time to reseal the top and front of the engine.  As you can see the front bumper and radiator need to be removed.

This is an older S4, probably not too many of these around anymore, but it's one of my favourites. The 2.7L twin turbo was de-tuned for North America due to emission standards and was used from 1997 to 2002 in the S4 and Allroad.

There is a special camshaft holding tool (shown in the picture above) to do the job.  This is especially needed if you want to do the seals and timing belt, as the camshaft pulleys are keyless and rotate freely on a cone when the bolts are removed. Trying to mark camshaft positions on this engine without this tool is very difficult.  Improperly marked positions can cause a timing misaligment which in turn can cause major engine damage.

At this point we removed both valve covers,  replaced the timing chain tensioner seals, cam plugs, valve cover gaskets and resealed the front and back camshaft bearings. You do need another special tool to release the tension on the chains (as seen above) but you don't need to remove the tensioner completely out of the vehicle. Yes, you read that right,  there is a chain tensioner in each head with a half moon rubber seal and a metal gasket.  Typically when the second timing belt replacement is due you will find that these seals are leaking as seen in the picture above.

We advise at this point to replace the oil dipstick seal,  intake seals,  and oil cooler seal,  due to leakage and because it is easier now with everything out of the way.

This is a bit of a job to do but your car will love you for it later. Hope you enjoyed our little write up of what's involved in this job,  happy driving!

Check back soon
Once posts are published, you’ll see them here.

Timing belt replacement, and upper and front reseal on a S4 2.7 L 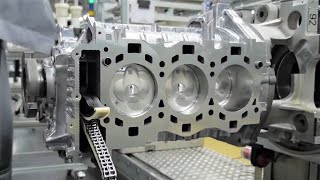 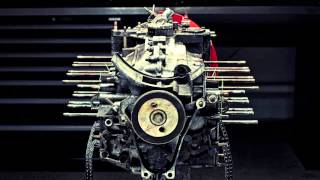 Fastest production car of its day